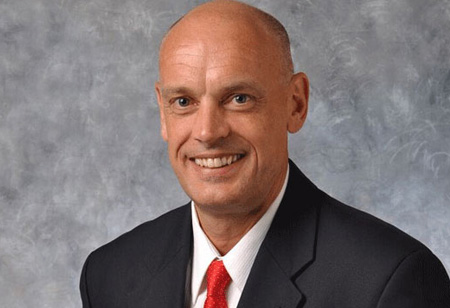 THANK YOU FOR SUBSCRIBING

SharePoint Solutions are Changing: What Technical Professionals Need to Know

The future of SharePoint is looking more like Lego bricks and less like Swiss army knives, which is a very good thing.

Every version of SharePoint to some extent including, 2013 has focused on putting more in the same box. A server (or set of servers) that perform a wide variety of functions a Swiss army knife for information work. And much like the parts of a Swiss army knife, the individual parts of SharePoint were good, but not always the absolute best the strength was in being able to hold all of those blades or functions in a single, integrated tool.

That strategy brought success until the cloud got real. The cloud made software as a service (SaaS) possible. The cloud became a giant server farm, and individual SaaS offerings were able to focus on doing one thing each, and doing it well. Rather than building a helpdesk solution using a set of SharePoint lists/ pages/parts/workflows, that could be subscribed to something. Rather than teaching people to save documents to site libraries, could just synchronize to cloud storage automatically. SharePoint is evolved and will keep evolving.

Take a look at the Office 365 portal menu. You’ll see Mail, Sites, Delve, Calendar, OneDrive, and many other things but you don’t see the word SharePoint. Or Exchange, for that matter. The individual services look like building blocks.

The first reason that’s important shows that, like everything in today’s Microsoft Office, the focus is on the user, not the product. Never mind where search-and-discoverability comes from; it’s just there. Use it. The services come to you, not vice versa.

The second reason it’s important is that the SharePoint team is free to focus on making those individual services best-of-breed. The cloud itself provides the integration, so Office Graph and Delve can be built out of SharePoint’s search investments. Many of the individual efforts to create data analysis tools can evolve intodata power BI . My Sites can evolve into OneDrive for Business.

The services provided by SharePoint, and other parts of Office 365, stand beside other single-purpose SaaS services from other companies and do just fine. Better than fine, actually.

Those Services Want to be Integrated

“Building blocks” aren’t nearly as good an analogy as “Lego bricks.” Those standalone services are actually meant to be snapped together to form integrated solutions at least the good ones are. They offer APIs. They allow single sign-on from trusted identity providers. Not only can you connect to them over the Internet, but to each other, too.

Microsoft has been making huge investments in services with remote APIs. The teams that brought SharePoint, Exchange, Active Directory, SQL Server, and more now deliver those services in the cloud and make them connectable. Using published standards just like everyone else is doing.

There’s a cost to integrating them, but that cost is getting steadily lower. Tools for building solutions are getting better, and quicker, and easier. Those APIs mean toolmakers can spend a lot less time on learning arcana and a lot more time on helping professional developers and “citizen developers” alike. It’s now not especially painful or time consuming to craft a solution that ties together (for example) Office 365, Salesforce, DocuSign, and Bit.ly. In fact, I did one myself six months ago. It took less than a day.

SharePoint has one thing going for it most of the other players don’t, and that’s an extensible User Interface (UI). Sites involve editable pages and lists that can combine local storage with services provided in other places. Apps can come from anywhere. You can call these composite solutions, portals, dashboards the term doesn’t matter so much as the idea. And if you combine it with work flow processes, those sites aren’t just places where work is put they’re places where work is done.

This Is How You Do Hybrid

There’s nothing “blue sky” about this. In fact, it’s how SharePoint Server 2016 will work. Multiple parts of 2016’s functionality (Delve, for example) will be delivered by services hosted in Office 365. Those services will be surfaced inside of SharePoint sites as apps or connected to from on premises services using the aforementioned APIs.

This will also mean that SharePoint Server 2016 can make use of other cloud services from other companies as well. To some extent, that can be done today, but 2016 will embrace this pattern. Those who adopt it can keep assets in-house but make use of best-of-breed subscription services they snap in and out as needed.

There’s always a catch, a caveat, and this one involves customization. Very few SaaS offerings offer customers the option to completely change their user experience, and since they live and die by service level agreements, I don’t blame them. They provide a known, trusted level of functionality and behavior, and there are limits to which they’ll let a subscriber affect that.

You can see this in Office 365 itself; newer subscribers don’t have the option to create external facing publishing sites. Intranet and extranet sites offer some visual customization options, but not to the point where one can make SharePoint look like something other than SharePoint.

But that’s not such a bad thing. If you want extremely customized page-based sites that feel more like publishing vehicles than applications, there are best-of-breed SaaS content management systems that do that, and they can pull and push information to SharePoint sites.

It’s worth it. SaaS offerings from Microsoft and others mean you can get something today. “Today” is a very attractive incentive. It’s changing mindsets. Instead of “I want to build X; how will you build it, what will you use, and how long will it take?” the new question is “I want X, and this vendor provides something pretty close. Can we use it? Can we connect it to Y?” As more budget is controlled directly by lines of business, the cost of customization creep becomes much more salient, and tradeoffs become acceptable.

SharePoint is becoming less and less a multifunction server you customize and more of a set of services you use. At the same time, it’s becoming more of a place you can bring everything together and make it do your bidding a very positive thing.

The New Retail Banking Imperative: A Segment of One

When Martech Intersects with Adtech

From an Impression to a Decision

Where are the people in MarTech?

However, if you would like to share the information in this article, you may use the link below: